Food is not rational. Food is culture, habit, craving and identity.

Man, I am starving!

You hear people with relatively affluent suburban lives saying this. Although it might mean that the person is actually hungry, it’s more likely that they just want some food, either because they’re looking forward to a meal, they’re thinking about a certain food, or they’re just bored.

Unfortunately, there are lots of people who are actually starving in the world.

Whenever my son says this, or something like this, I remind him that he’s not actually starving and ask him if he actually feels hungry. I ask him to pay attention to the signals his mind and body are sending him and to identify them intentionally. I also tell him that it’s OK to periodically be hungry. Maintaining a hungry feeling can be healthy—it can train us to not immediately start wolfing down food when we have that feeling. We’re not meant to be full all the time.

When I think about my own relationship with food and what drives me to eat, I discover it’s usually some prescheduled mealtime and not an actual feeling of hunger. Most of the time, I do have the freedom to only eat when I’m actually hungry, and lately I’ve been trying to really pay attention to that. There’s a lot of obesity in our society, and I think one of the key reasons for that is that we eat for reasons other than being hungry or for nutrition.

Society has an inconsistent relationship with food and nutrition. If we only ate for fuel, there would be lots of food that we would never ever eat. There’s nothing inherently wrong with eating food with little or no nutritional value because it tastes good or gives us pleasure, but they should be considered special treats. It’s too often the case that these foods become staples of our diet.

The timing of our eating is also significant. There are many reasons to eat as soon as we get up in the morning: It raises our metabolism and blood sugar and jump-starts our energy. But if you’re like me, when you get up early in the morning, you’re not in the mood for healthy choices. I tend toward bready, fatty, or sweet breakfast foods, and I have to remind myself that there’s a reason I’m eating that early in the morning and to stick to foods that are consistent with that. I’m not actually very hungry that early in the morning, and the only reason I eat is for the physiological effect.

Something else that makes me think about food is boredom (see boredom). When I’m bored, I want that mental stimulus that food can give me. When sitting in an airport or watching TV, I experience a strong compulsion to fire up the pleasure centers in my brain through eating. I try to avoid this by keeping my mind occupied so that I don’t immediately think of food. For example, when sitting in traffic, I try to keep my mind occupied in other ways, such as by listening to an interesting story on the radio, listening to audiobooks, or trying to be intentionally reflective so that my mind is processing the events of the day.

One of the reasons we’re tempted to eat all the time is that we had to eat when food was available in the times before food was plentiful or easy to obtain. And when it was available, we would gorge so that we could have enough energy stored up for the lean times. Although this condition no longer exists for the vast majority of humans, this instinct is still part of who we are, and it can be very difficult not to act on that natural compulsion.

Eating food is very natural part of life, and there’s no reason we can’t enjoy it. However, it can go from something that gives us energy to something that negatively affects our health. If we’re intentional about the food we buy and when and how much we eat, we can make sure that our relationship with food is both enjoyable and healthy. 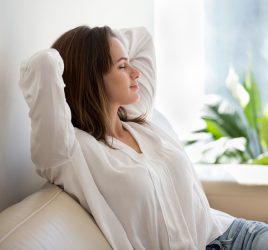 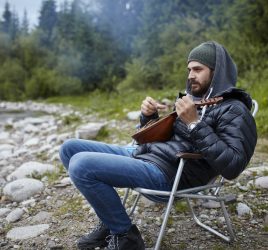 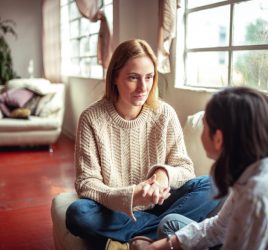 The Perpetual Student—Developing a Lifelong Culture of Learning Feb 15th, 2020

Paradise Found—Building Your Own Little Slice of Heaven Feb 1st, 2020