Conflict is the beginning of consciousness.

Our world is filled with conflict—ideological conflicts, conflicts among countries, and honest disagreements between people.

A lot of pain and suffering has resulted from conflicts, but is it the conflict itself that has caused the negative outcomes, or is it how the conflicts are handled?

Conflict resolution has been studied and written about extensively, and there is a wide range of information available, but a glance through the news tells us that to many, winning conflicts is more important than resolving conflicts peacefully with lasting results. People will always disagree with each other. It’s one of the things that makes life interesting. If we all agreed all the time, think of how bland and boring life would be.

Conflict is not inherently a negative thing, but it is often thought of as something to be avoided or quickly ended. However, conflict, if handled patiently and with an open mind, can help us to learn about each other and can ultimately lead to positive change. Unfortunately, people are often defensive about their opinions, feelings, and beliefs. This defensiveness can stem from associating our stance with a core value. In these instances, an honest disagreement can seem like a personal attack.

But when does a statement of opinion become an “attack”? It can certainly happen when one of the parties engaged in the conflict uses broad generalizations, belittles their opponent or their opinion, or is dismissive or insulting. You’d think these tactics would become less prevalent with maturity, but looking at how American politics is conducted, we can see that age doesn’t necessarily lead to maturity.

Any disagreement that goes against our personal values can seem like an attack. We just have to remember that everyone doesn’t share our values, and someone disagreeing with us is not a statement against who we are. There will always be people who don’t share our deepest, strongly held values. That’s just the way it is.

A different take on right and wrong

What about a situation in which we genuinely feel that we are correct and the other person is wrong? We all feel like that once in a while, but right and wrong are words that are not that helpful when thinking about conflict. Each of us has our own particular background, upbringing, life experiences, and worldview. Our individual opinions are hewn from a broad range of contextual elements that give each of us a unique perspective.

Put simply, your “right” might not coincide with my “right”.

But as Nietzsche said, “There are no eternal facts, just as there are no absolute truths.” Or as Douglas Adams said, “Reality is frequently inaccurate.”

That can be a scary thought to some, as it places the responsibility for the peaceful conduct of human affairs in the realm of finding common ground against the backdrop of a diversity of realities. We can’t enforce our reality on others—we can only find a common reality.

A third reason people feel defensive in conflicts is that they are not all that confident in their opinions. Going on the defensive when we are not sure of our position is unlikely to be helpful for either person. It is important to keep in mind why we are engaged in conflict and what we hope to achieve. We have to be honest with ourselves. We also have to always be open to changing our minds and discovering that our opinions or beliefs can change.

Keep your mind open and your eyes on your objective

It is very natural to begin a conflict with a confrontational attitude rather than a willingness to hear opposing viewpoints. It doesn’t help if the other person isn’t open-minded or is attacking or belittling our position. It helps to keep in mind our goal for the interaction (if we have one).

In a professional or business context, it is sometimes necessary to stick to our position due to the needs of our organization. But even in this scenario, it can be helpful to hear the person out and think of ways that we might incorporate their opinion without compromising our objective. This might lead to a stronger position and will certainly lead to a better relationship with the other person or group.

If there isn’t a specific objective associated with a conflict, it can be very interesting to put our opinion aside and listen with a truly open mind. Once we fully understand where the other person is coming from, we can see if what they are saying is in any way consistent with our original position.

If we disagree on the facts, calmly consider where those facts are coming from and why we disagree. If the disagreement is based on differing values or beliefs, it can be stimulating to hear another’s point of view. If we don’t have a goal of winning the other person over or getting them to agree with us, then the exchange can be a very fulfilling experience. And our own opinion will either be stronger or appropriately changed based on new information (see Knowing).

Bear in mind that it’s OK for two people to disagree going into a conflict and remain in disagreement coming out of a conflict. There will be subtle (or not so subtle) changes in both points of view, and this altered perspective, when calmly and rationally considered, will be positive.

Some feel that a toolbox filled with facts, strategies, and confidence are necessary for dealing with conflict, but we would all be better off if people also supplied themselves with patience, curiosity, and an open mind. 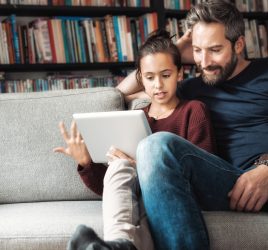 The Perpetual Student—Developing a Lifelong Culture of Learning 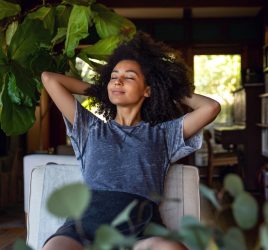 Paradise Found—Building Your Own Little Slice of Heaven 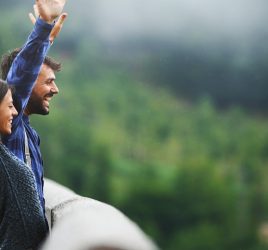 Something New—How to Keep Growing in the midst of Routine

The Perpetual Student—Developing a Lifelong Culture of Learning Feb 15th, 2020

Paradise Found—Building Your Own Little Slice of Heaven Feb 1st, 2020