My Rocky Relationship with Honesty

I’ve been one my whole life. It hasn’t gotten me into trouble or hurt anyone, but I feel like it has hurt me. I probably don’t lie any more than most, but I’m uncomfortable with the amount of lying I do. Some of my lying is “good lying,” and some is bad. Some of my lying is adiaphorous (or so I tell myself), but I don’t think any lying sits squarely on the fence. Even if it isn’t harmful to others, it makes me more comfortable with lying. I mainly lie for convenience; it’s rarely malevolent. That doesn’t mean it’s not bad; it just means it’s not significantly harmful—or so I tell myself. Lots of my lies are lies of omission, and most of those lies are good lies; they spare someone’s feelings or make a process move along more quickly. They are instances when telling the truth would serve no useful purpose or would do harm. But some instances involve keeping secrets related to an inconvenient or embarrassing truth. Most of these secrets are harmless—or so I tell myself.

If you can’t say something nice, don’t say anything at all.

There are lots of reasons to lie—even good ones. But there’s always a gray area. For example, I have had trouble getting honest opinions about my poetry and music (I think). There are very few people who I know will give me an honest opinion (Hey Nik!). Most people will say something nice, something underwhelming (e.g., “Interesting…”), or nothing at all. Of course, I have to interpret all of this through the lens of social norms and my own experience with polite falsehood, so maybe it is all as good as my friends and family say it is. But I doubt it.

There are a couple of problems with good lying. One is that, in an overly polite society, it’s difficult to get constructive criticism—helpful information that will improve something or someone. Another is that the more you engage in lying, even good lying, the less genuine your relationships are. There’s no reason to be mean (“Geez, you’ve really let yourself go!”), but the more you can dig into difficult conversations that prioritize helping someone over sparing their feelings, the closer you’ll get to them and the more meaningful your relationship will be.

I am very conflict- and awkwardness-averse. I strive to make everyone happy—to my own and other people’s detriment. That means I lie a lot. The fact is that people are messy—messy on the inside, messy on the outside, messy in the way they interact. But the way we present ourselves usually ignores that messiness. Even for the most honest, for those “keeping it real,” the way they present themselves is always a bit of a lie. We put our best foot forward, which is by itself a lie of omission. Ultimately, I’m lying about others, and I’m lying about myself—constantly—which makes me very comfortable with and good at lying.

Everyone has secrets. Everyone. But not all secrets are lies.

The rich density of human existence necessitates our not telling everything to everyone. We’d soon run out of friends. Some secrets are intentional; some are due to the lack of necessity of telling anyone. I have been called secretive when actually I’m just not a big talker. I’ve been asked, “Why were you keeping that a secret?” when actually I just didn’t think anyone would care. I also have intentional secrets; everyone does. Some of these are also lies of omission, secrets that someone would care about, and like other lies, there are good secrets and bad secrets.

I have a lot of real secrets—most good, some bad. My good secrets are secrets kept because making the truth known would not accomplish anything and would, in fact, be harmful in some way. Some of these secrets are of my own making, while some were thrust upon me. Some of my secrets are shared secrets, others are only mine, but ultimately, all of my secrets are mine to keep.

Many of my bad secrets have been related to my compulsions, specifically alcohol and food. I’ve struggled with alcohol particularly (you can read all about it here). With alcohol, I’ve been through bad phases and not-so-bad phases. I’ve never been through a bad enough phase that I lost everything, but I’ve been through bad enough phases that I’ve lost something from everything, meaning that nothing was as good as it might have been with more moderate drinking. During my bad phases, I did keep the extent of my drinking a secret. When I traveled for work, I always looked for a liquor store near my hotel so I could make sure I always had my bottle of Maker’s Mark. Some of my trips were “drinking trips” where many were laying in their supply, but most were not and my purchases were done in secret. This experience and others like it were decidedly bad secrets—bad lies. I betrayed the trust of the people who love me, and I did significant harm to myself, due to both my drinking and my lying.

When you lie some, you lie more

Once you do anything a few times, it becomes easier to do. If you do it enough, it becomes second nature. As I said, lying is a big part of my life; even if the extent of my lying is not above average, it’s something I’m too comfortable with. But if my lying is not hurting anyone and it’s not over the top, what’s the problem? The problem is, there is the potential for dishonesty to become part of who I am—part of my essential self. Another big part of the problem is that a lot of my dishonesty is internal. I rationalize. I lie to myself.

It’s a fact that almost everyone is a liar to some extent. Nobody, or almost nobody, tells the truth 100 percent of the time. But not everyone lies to themselves. There are a lot of ways to lie to yourself. The most common is likely rationalization—tweaking the current reality in my own mind toward circumstances that allow me to do what I want to do. That’s really the cornerstone of my lying. I do it with my drinking and my binge eating. I did it when I was a student,to allow myself to stop studying. I do it when I don’t feel like being with people, to rationalize my introverted behavior. Rationalization is part of who I am. But, I tell myself, any time anyone takes an action or makes a decision, they are making a case for it internally. They are developing a rationale for that course of action. They are rationalizing. So not all rationalizing is bad; it’s only bad when we’re not being honest with ourselves.

For part of it, I’m going to keep on lying. My good secrets are going to remain secrets. My less-than-honest opinions of people will continue to be the story that I stick to. I’m going to get better and better at telling my good lies.

What I’m going to stop—cold turkey—is lying to myself. Of course, I have gotten so good at it over the years that I often don’t know when I’m lying to myself. But of course, that’s a lie. I just want to believe what I tell myself.

More accurately, I’m going to work hard at self-honesty. Who knows? I might just end up trusting myself to tell the truth.

The Truth is Elusive

The truth is elusive, if I’m being honest.
It’s something that we can aspire to I’m told.
But if we adhere to this to this abstract idea,
we may just end up with more than we can hold.

Of course it’s a rule, a commandment, a law,
yet everyone does it—don’t tell me they’re not.
But not every lie, is as bad as the others,
and sometimes the truth is more hurtful and fraught.

But where is the line and when should I cross it?
When does the truth matter less than my need?
If I blur the line between truth and deceit,
when do my lies start to damage my creed?

Ultimately truth is an ideal that’s wanting.
It’s not absolute—it depends on the scene.
And lies can be as noble as any truth
And get us to a frame of mind that’s serene.

When I am pondering stretching veracity
When an untruth pops into my head
I ask myself what I am trying to accomplish,
and whether it’s helpful with welfare widespread. 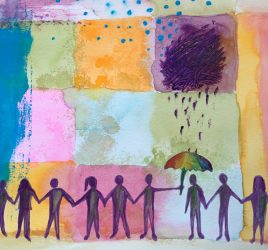 More Than the Least—Rising Above the Lowest Common Denominator 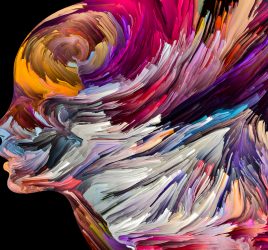 Just Stop—Why we Engage in Harmful or Unhealthy Behavior 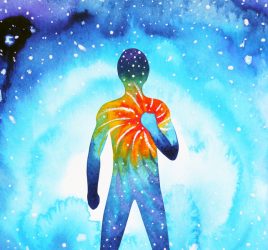 Worthiness from Within—Creating Your Own Strength 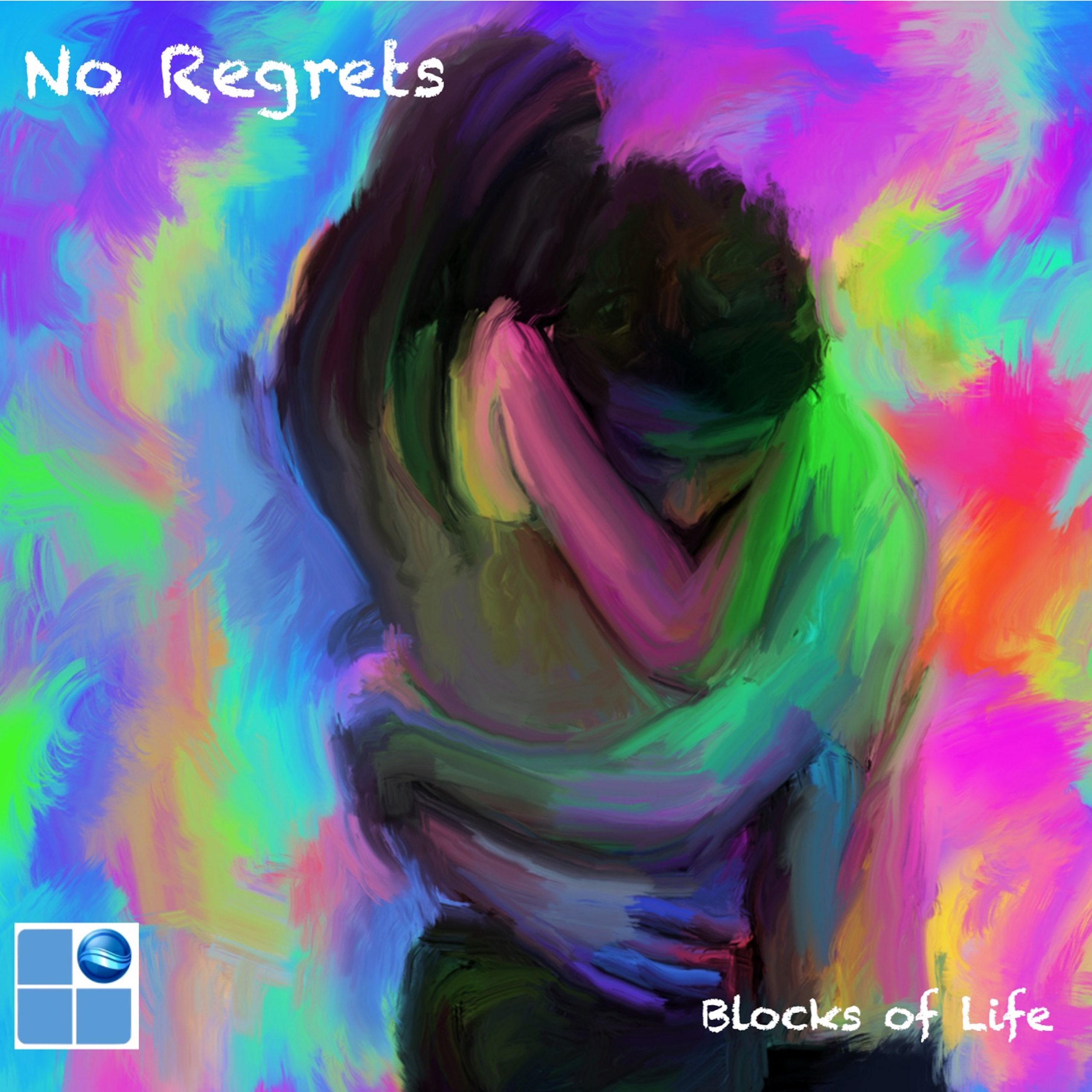 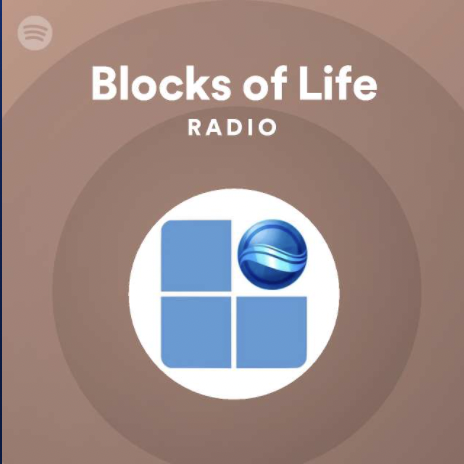 Worthiness from Within—Creating Your Own Strength Apr 16th, 2022

Whole and True—Incorporating Integrity into Your Life Apr 2nd, 2022

Master of the Universe – Owning Your Existence Mar 19th, 2022