The only true wisdom is in knowing you know nothing.

The true delight is in the finding out rather than in the knowing.

As I learn more and more, I feel like I know less and less. But to me, that is a positive thing.

Learning new things keeps life fresh, but it takes an open mind and a willingness to let go of our egos. So many of the problems in the world exist because one group of people thinks they know better than another group of people.

It’s OK to not know. In fact, “I don’t know” is a very underused and underappreciated expression.

In saying “I don’t know,” we’re not saying that we don’t have opinions or beliefs, or that we don’t know certain facts. We might be very well educated on an issue. But there’s always more to learn, and in learning, our perspective may change. We have to be open to that.

When we open our minds to new ideas and new information—even if it contradicts information that we already have—it opens up the door for an exchange of information. This can now occur freely because we’re not totally invested in one particular idea or point of view.

This can be very hard for people, especially if we have invested a significant amount of time in learning something, or if we’ve based our identity on becoming an expert.

One of my favorite people in my profession is an internationally recognized expert in how nature provides services to humans. He’s widely published and is always on the list for the very highest level conferences on this topic. However, if you met him without knowing his background, you wouldn’t necessarily know that he’s an “expert.” When faced with an opinion that is different from his own, he considers it. He asks clarifying or probing questions. He might ask questions about the evolution of the idea. He might ultimately disagree, but it never comes from an “I know better than you because I’m the expert” place. It never comes across as arrogant or haughty. He is open to new ideas—even about issues on which he is truly an expert.

Having a “not knowing” attitude leaves us receptive to ideas without being afraid that they might not coincide with our strongly held opinions or beliefs. We should never be worried or concerned to hear opposing opinions, beliefs, or facts—ideas are ideas. If our idea can benefit or evolve given new information, then shouldn’t we let that happen? Having an idea that turns into a “stance” puts us in an inherently defensive posture, rather than an interactive one. We should think about what we hope to achieve. Is being right more important than broadening our horizons? Truth can be elusive and temporary. Our own particular “truth” is based on our background, experiences, and values—in other words, our own reality (See “Truth“). We can’t assume our reality is the same as, or even similar to, others peoples’ realities.

This doesn’t mean we shouldn’t benefit from our knowledge and experience. The trick is learning to be the grandmaster and the white belt at the same time—benefiting from our experiences, but remaining open to new approaches and new ideas. 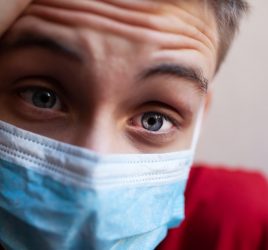 Waiting for the Worst—Coping with a Gradual Disaster 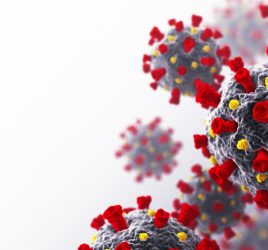 Risk and Reward—Finding Meaning Amidst the Crisis 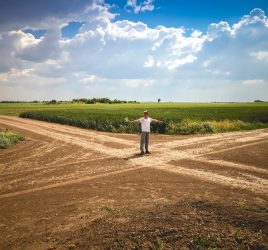 Change Happens—Embracing the Evolution of Our Lives

Waiting for the Worst—Coping with a Gradual Disaster Apr 4th, 2020

Making You a Priority—Why Self-Care is Necessary for a Healthy and Balanced Life Mar 28th, 2020

Risk and Reward—Finding Meaning Amidst the Crisis Mar 19th, 2020

Change Happens—Embracing the Evolution of Our Lives Mar 14th, 2020

What We Really Want—Making Our Vision a Reality Feb 29th, 2020